It is a unique taste whose fame has spread around the world and is among the world’s tastes. Derived from the Ottoman word “throat reliever”, Lokum has been known in Anatolia since the 15th century, but became widespread in the Ottoman Empire in the 17th century. In Europe, it became known as “Turkish Delight” in the 18th century through an English traveler.

In the 17th century, Turkish delight, which was made with a combination of natural honey or molasses, flour in ancient times, was brought to the country with refined sugar and especially starch.

Lokum first reached the Balkans in the Ottoman period and then to other parts of Europe. Turkish delight is the first Turkish flavor to be opened to Europe.

It continues to increase its popularity and interest with its delight from history until today. It has always taken its place among the most preferred flavors.

Delight is a complete energy store with the starch and sugar it contains. In this state, lokum is in the group of carbohydrates, one of the building blocks of the body. Turkish delight is burned in a short time after consumption, just like all foods that are carbohydrates.

The famous painter Pablo Picasso’s saying that he concentrates better when he eats lokum before he started painting is a recorded fact about lokum. 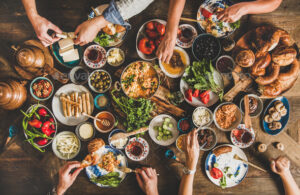