Every person has a story. Every neighborhood, every road, every house, every tree… In fact, every being in the universe has a story. Your story gets a little bit more meaningful when it crosses another story.

Sometimes you look at the city knowing what you are looking for, and sometimes you get tired as you try to make sense of the steps without knowing it. You wonder about distant roads, but sometimes you can’t go because you don’t dare.

Sometimes it is hard to work … Sometimes one reason take you to the roads that you cannot go; maybe alone maybe with someone who has a story or to write a new story.

Istanbul’s necklace decorated with colorful flowers in the deep blue neck. One of the 9 pearls that appear when you sit on a bench on the opposite shore and watch it is Büyükada. It is one of the rare beauties where you can add a long colorful paragraph to your own story whenever you go, where you can feel the story.

Often every person learns to ride a bike when they are young. As it grows, cycling becomes a method used for sports for adults. Whereas, if we let the child in us free and also have a bicycle, how would we have fun? Imagine. With the steering wheel that we twisted from right to left on the straight road, as we proceeded in the aheste, it was a scream when it accelerated downhill, followed by a laugh that never ceased to cramp your stomach.

Although it is difficult to go uphill, it has a pleasure too. As you get off the bike and hold the steering wheel, you either have a conversation with us or watch around… Why did I tell you now? Because Büyükada is a place where adults can release the child in them. You don’t have to take your bike. There are countless shops where you can rent bicycles. Let the child inside you free on the roads, all of which are closed to traffic, by paying a certain fee to your watch. But first take a look at the continuation of this article for your island trip.

The ferry, which is taken from the opposite shore to the island, is filled with excited tourists and the inhabitants of the island. Seagulls accompany you on your journey. You dive into the blue with the salty smell of the sea and the light breeze that hits your face. As you set off in the early hours of the morning to visit the island, do not forget to share your bagel with seagulls while having breakfast with the bagel and tea sold on the ferry. People who have shared their bagels with seagulls like a tradition for years caused a connection between seagulls and ferries.

The sea gulls that you throw from the ferry towards the sea, a seagull approaching you to get a piece of bagel you put in your palm, begins to excite you at the beginning of the journey. From the ferry that reaches the island and wait for a full day from your first foot on the island. At first glance, you will see the humble tea gardens around the pier. These are mostly frequented by island residents.

If you progress a bit, you will be very crowded. People with queues in front of the ice cream lined up on both sides, and the multi-layer ice cream they hold on, will make you think if I buy an ice cream and continue my way.

Historical mansions, churches, natural beauties, cats of the island will decorate your story throughout the trip, each corner will add a new paragraph to your story. The view you will see as you move towards the hills of the island will fascinate you. Take the blue depth in front of you and open your arms. After a deep breath, hug the huge nature that gives you peace. If you are tired, sit in the shade of a tree, and if you have it, put your favorite head on his shoulder and dream. What would we do if we were on that last ship, where would we go?

It is the largest of the islands off the coast of Istanbul, also known as the Prince Islands. Its old name is Prinkipos. Prinkipos means “Prince” in Greek. The oldest finding in the history of the island is King of Alexander the Great. It is Buyukada fashion show with gold coins of Philip. The treasure is now on display at the Istanbul Archeology museum. In addition, the Islands were under Ottoman patronage one month before the Ottoman Sultan Fatih Sultan Mehmet conquered Istanbul. The island, which was used as a place of exile in the Byzantine period, lost the Greek people after the First World War and lost its vitality. However, towards the 1940s, the island started to revive as the leading bureaucrats of the state preferred this place as the resting place of wealthy families. Armed with flamboyant mansions and elaborate structures, the island is a place where many tourists enjoy visiting today.

Places to Visit in Buyukada

There are two neighborhoods in Büyükada named Nizam and Maden. Countless mansions and stories worth seeing in both neighborhoods await you.

It was built by the Ottoman Sultan Abdulhamit and opened to worship in 1895.

During the years of exile, it became a home for 4.5 years to the famous Russian politician Lev Trotsky

Although it is not an appropriate place to visit since it is inert at the moment, it is important in terms of being the second largest wooden structure of Buyukada and Europe. It was heard that the building, which was damaged due to fire and bad weather conditions in 1980, would be maintained with a high amount of funds due to the endangered cultural heritage. It is one of the places that must be visited after its maintenance.

The church, the part of which was used as a monastery in 1751, the section made of cut stone, was built in 1905 and opened to use in 1909, has an interesting story. It’s a story with the contributions of people who come here with a superstition. It is believed that the wishes of people who come here and wish them between April 23 and September 24 are accepted. But there are some conditions for accepting this wish. It is like going uphill without talking and running uphill to Aya Yorgi Church. Those who accept the wish come here again and distribute sugar. Yoksa If you do not have such a belief, it would be more logical to come here and travel outside these dates. Because it was very crowded at these dates. 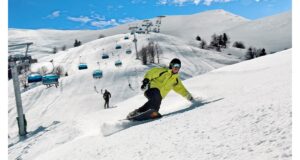 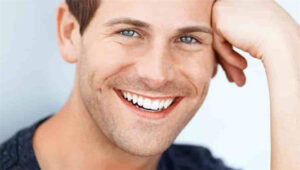 The Dental Tourism In Turkey