Adile Naşit is one of the heroes of 1980’s generation. She was a very special person who told children the most beautiful fairy tales with her loving voice before they went to sleep. We would listen to the beautiful tales she told us with motherly affection, then we would go to sleep. Her eyes laughing while his nature laughed, has left deep marks on me. I will now focus on her life and his success story.

Adile, whose real name is Adile Keskiner, was born on June 17, 1930 in Istanbul. Adile Ana is also known as Masalcı Teyze. Her real name is Adela. Coming from a theater family, Adile Naşit’s father is the famous comedian Funny-i Şehir Naşit and her mother is the Armenian theater actress Amelya Hanım. Amelya is Armenian on the mother’s side and Greek on the father’s side. Her grandfather was Kemani Yorgo Efendi, and her grandmother was one of the famous cantomers of her time, and her nickname is Little Verjin. Her brother Selim Naşit and her husband Ziya Keskiner, whom she married in 1950, are also theater artists. In the world of cinema, she is known for her role as the employee Hafize Ana in films adapted from Rıfat Ilgaz’s famous work, Hababam Class, as well as for her “Mother” roles in films she played with Münir Özkul. Adile Naşit secretly married Cemal İnce (1928-2015) on September 16, 1983 after her husband Ziya Keskiner’s death in July 1982.

Adile Naşit, who left her school after her father died, entered Istanbul City Theaters, Children’s Theater at the age of 14. Adile Naşit, who went on a tour of Istanbul with the play “Herşeyden Biraz” in Halide Pişkin’s band, later entered the theater of Muammer Karaca. Between 1948-1951, she worked with comedians Aziz Basmacı and Vahi Öz in the ensemble they founded.

She worked in Muammer Karaca theater until 1960, where he returned in 1954. After the Naşit Theater, which they founded with her wife Ziya Keskiner and his brother Selim Naşit Özcan dissolved in 1961, he worked in “Gazanfer Özcan – Gönül Ülkü” theater from 1963 to 1975. In addition to the theater plays, she was appreciated in musicals such as the Hisseli Harikalar Kumpanyası, Neşe-i Muhabbet, Şen Sazın Bülbülü.

She entered the cinema in 1947 with the movie Yara, directed by Seyfi Havaeri, but she started to take part in films in the 1970s. In 1976, she won the Best Actress award at the Antalya Golden Orange Film Festival for her role in the movie “İşte Hayat”. She received great acclaim for her role in the “Hababam Sınıfı” film series. In 1978, he began acting in theater and musicals of the International Art Shows. She mostly acted in the comedy films shot by Ertem Eğilmez and Kartal Tibet.

Adile Naşit lost her 16-year-old son Ahmet on June 16, 1966. Although Ahmet’s heart surgery was successful, he fell into a coma and could not be saved.

After losing her only child, Ahmet, he turned towards the children. In 1980, with the children’s program called “Uykudan Önce” (Before Sleep), produced by İlhan Şengün (1946-2003), one of the producers of TRT Ankara Television, she became known as the storyteller aunt. This program, in which she tells stories and stories, attracted great attention from children in the period of single-channel television.

Plays and movies in cinema mom typing, unique style and laughter has placed him between Turkey Cinema memorable names. Adile Naşit was chosen as the Mother of the Year in 1985 due to her mother characters.

She died of bowel cancer at the age of 57 in Istanbul, the city where he was born on December 11, 1987. The funeral ceremony was held on 13 December 1987 in Şişli Mosque. She was buried in the Karacaahmet Cemetery after the funeral prayer at noon. Her first husband Ziya Keskiner and her son Ahmet Keskiner (1951-1966) sleep together in the Istanbul Karacaahmet cemetery.

Adile Nasit, whose movies are watched with pleasure even today, is a short woman, but her heart is huge. It has left deep traces in history in the name of art. 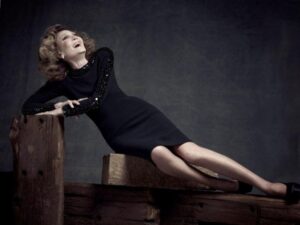